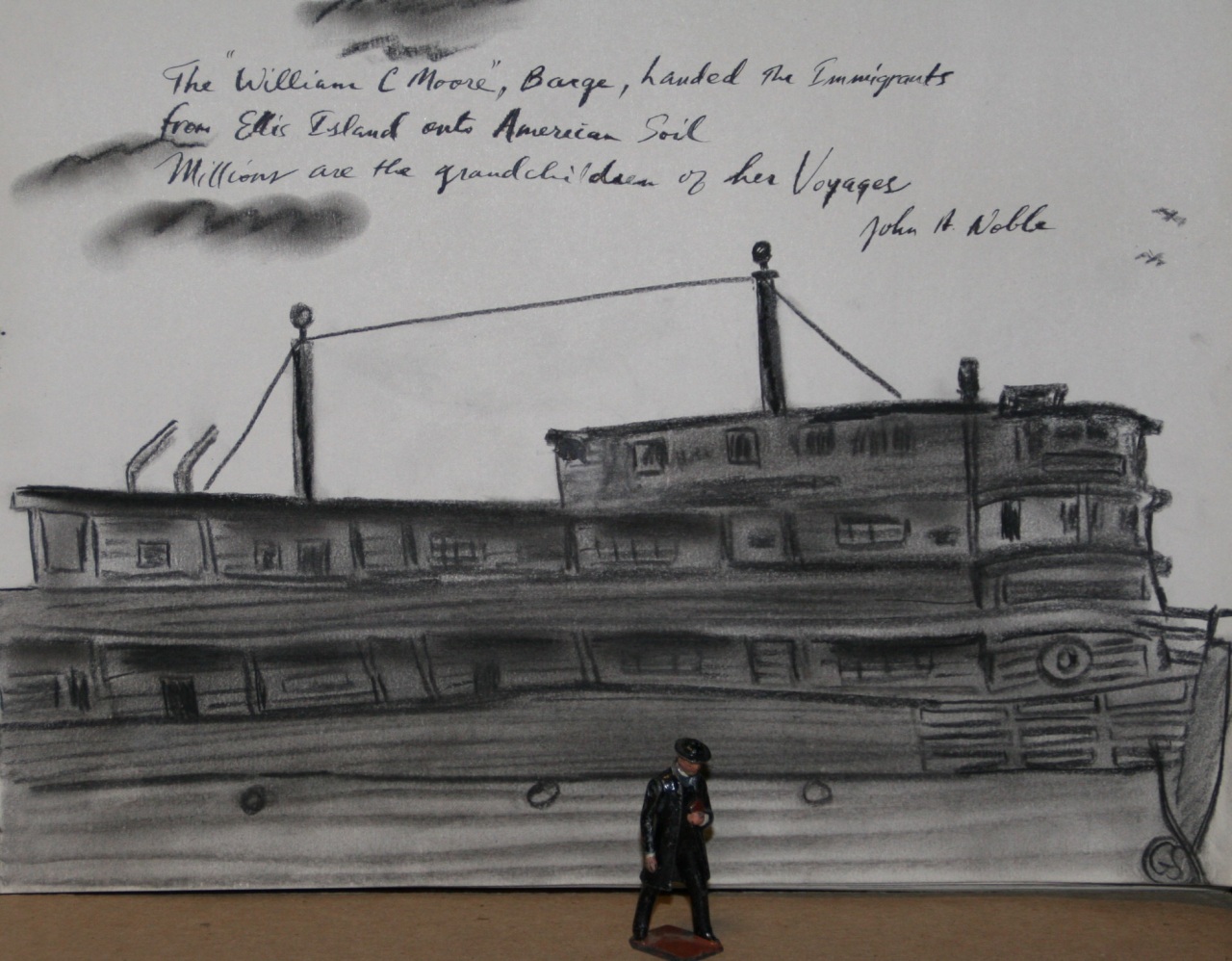 The “William C. Moore”, Barge, landed the immigrants from Ellis Island onto American soil. Million are the grandchildren of her voyages,
Including me. My father rode her when he immigrated from Poland many many years ago. He was very young and had been eating onions on her bow during the trip across the Atlantic and had what looked like “pink eye.” When he arrived to be examined at the hospital on Ellis Island, he was almost rejected and sent back to Poland. They called it the”Isle of tears” for that very reason. I drew the sketch above. John A. Noble wrote the opening lines about “Million are the grandchildren of her voyages” He was an artist that loved to draw old dilapidated and abandoned unloved boats and ships.